Your browser is out-of-date!

Update your browser to view this website correctly. Update my browser now

With the Irish economy nearing full employment, and unemployment at a 10-year low of 5.4%, you’d be forgiven for thinking that everything’s hunky-dory

With the Irish economy nearing full employment, and unemployment at a 10-year low of 5.4%, you’d be forgiven for thinking that everything’s hunky-dory. Companies are hiring, jobs are being created and the demand for workers, especially in the Tech sector, remains very buoyant.

Indeed (and I’m referring to the global jobs aggregator!) only last week announced that it would be creating 600 new roles at its new Dublin EMEA headquarters, increasing its total headcount to 1,600. And they aren’t the only global multinational company to invest in Ireland – the Silicon Docks area is home to a ‘Who’s Who’ of Tech titans. According to Minister for Finance, Pascal Donohoe, 50,000 additional jobs will be created in 2019.

If we look at the demand for niche skills for the Tech sector, the companies we’re talking to are always on the hunt for software developers, especially those with knowledge and experience of programming languages such as Java, Python and Ruby. Android and iOS mobile skills are also high on the list of desirables as are DevOps and cybersecurity specialists as well as database architects and big data analysts. It’s pretty much the same across the board for all the main roles and specialist fields in Tech.

All this is great news if you’re a qualified candidate with sector experience, as chances are you’ll find yourself with multiple job offers. Ireland would appear to be a prime destination of choice. It enjoys all the benefits of being in the EU without the Brexit headaches of its neighbours. Organisations are offering competitive salaries and a suite of excellent employee benefits to entice workers. And Dublin, with its smaller city vibe, vibrant Tech scene and community, still remains a huge draw.

But isn’t the Irish economy thriving according to all the key macroeconomic indicators?

That’s not the message we’re receiving from hiring managers. Employers are telling us in no uncertain terms that they’re facing tough challenges attracting talent (whether EU citizens or returning Irish nationals who emigrated post 2008 downturn) and persuading them to come and fill all the new jobs that have been created.

Ireland is the fifth most expensive country to live in the EU with prices 13% higher than the average. And it’s the exorbitant cost of living that’s hurting the economy and putting people off. According to the Central Statistics Office (CSO) of Ireland, the median price for a house is 9.3 times the average earnings figure, pricing many people out of the market. Sky high rents are impacting affordability for many workers – the National Social Monitor report found that almost 1 in 10 workers are spending over 60% of their income on housing costs.

The government has, for example, recently allowed partners of critical skills permit holders to access the Irish labour market (even though are still visa problems for foreign workers from outside the EU). While these measures are a help, they don’t address the cost of living issues, which also include the rising price of consumer goods and childcare costs. Add a shortage of STEM graduates into the equation and little wonder employers are concerned.

So, despite all the positive jobs news, companies are struggling to attract the talent they need. And until something can be done to tackle these ongoing problems, talent shortages will persist in Ireland. Given that the Celtic Tiger is roaring once again, that’s a real shame.

Back to Media Hub 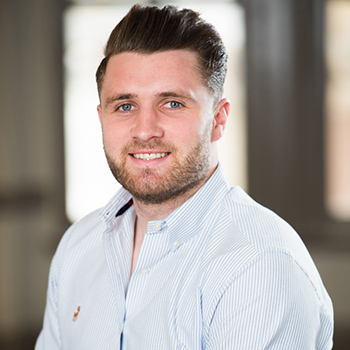 Business Manager
Share this post
This site uses cookies to enhance your experience and by continuing on this site you are consenting to the use of cookies. To learn more about the cookies used on this site, please visit our . ✕
Select your country